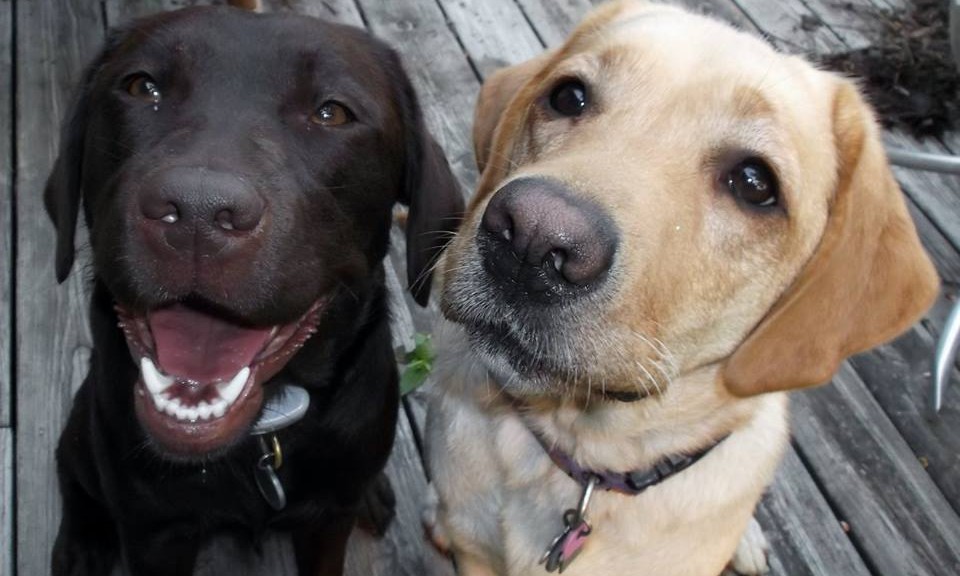 Sigmund Freud wasn’t only a brilliant psychiatrist, he was a pioneer in canine assisted therapy as well. He had a Chow named Jofi, whom saw patients right along side him. Freud observed that she had a calming effect on patients. When Jofi was present patients seemed more open and candid. Freud also shared his office with his daughter, Anna, who had a wolfhound. Apparently the dogs had the run of the office and would bark when anyone new showed up.
A growing number of psychiatrists, psychologists and therapists have followed Freud, and are bringing their dogs to work where they interact with patients. Virginia Commonwealth University School of Medicine even offers courses in human-animal interaction for fourth-year students and psychiatry residents. Veterinary schools are now focusing on animal behavior more than ever before.
Dogs have a calming effect. They’re a source of distraction that can be valuable with worried or confused patients. Science has demonstrated that simply petting a dog can decrease blood pressure and decrease levels of the stress hormone cortisol. Interacting with a dog can produce a sense of security by increasing levels of oxytocin and prolactin. In other words, it’s chemical not magical. But, if you work with dogs as long enough as I have, you’ll see the magic.
Once I had a patient who only spoke Japanese. She came with a friend who served as our interpreter. My dogs transcended the language barrier instantly. In subsequent appointments, I could determine her level of improvement just by watching her interaction with the dogs. One of my dogs took a particular interest in an autistic man. Very often people with autism don’t like to be touched and are easily overstimulated. She seemed to know that and would sit by him just far enough away so that when he was comfortable he could easily reach out to pet her. He was the only patient she did that for.
I started bringing my dogs to the office about 8 years ago. Initially, I wasn’t thinking about how they would interact with patients. I was tired of unreliable people who often failed to show up to care for them when I was at work. Doggie day care was available, but I only trust a few with my precious buddies. I had recently moved my office to a dog-friendly building, so I figured I’d bring them to work. Little did I know what a profound impact they would have on everything.
When I was in my early forties, I wanted to get a dog. Grace was a Brittany/Labrador mix I rescued as a puppy. I saw an ad for free puppies, called, and it was love at first site. There was no hesitation; she was mine and I was hers. About six months later, I started thinking about a second dog and I knew someone who was planning a litter of Golden Retrievers. His female had nine cookie cutter puppies. It was a tough choice, but I noticed the one with the little purple collar followed me. I named her Abby. At this point, Grace was 10 months old and Abby was seven weeks. I really had my hands full, but it was a blast. Puppy school, and later obedience training, got us well bonded. I liked everything about taking care of them.

When they were about six and a half I started bringing them to the office. They were well trained, polite, and took an interest in every patient. After a while I noticed that Abby seemed to gravitate to patients who were anxious, depressed and worried, whereas Grace was attracted to people with addiction, PTSD and what you might call mercurial personalities. I make it a priority to help every patient feel safe, secure and comfortable; Abby and Grace reinforced that. Patients developed their own relationships with them. If one was at the groomer or the veterinarian for the day, patients quickly noticed one was missing and needed to know why.

Their presence had an effect on me as well. Within a short time, I noticed I was more focused. Before I brought them I might fritter away spare time if there was a hole in the schedule or if there was a cancellation. I don’t know what it was about having them around, but I felt more motivated. I got phone calls returned sooner; Progress notes got done, and I read more. My relationship with them got deeper, and we moved around like a little pack. Having them here was good for everyone.
In May of 2013 Grace passed away. She was thirteen and a half. It was very likely she had cancer, and I didn’t want to put her through any diagnostics or treatment. Five months later, Abby passed. She, too, very likely had cancer and was over thirteen. As a dog owner I have two primary responsibilities: to provide a safe, healthy and stimulating life, and a compassionate and humane exit. It’s my belief that all dogs belong to God, and we just get to borrow them for a while. I’m grateful for all the support that came my way from patients when they died.

It was Christmas of 2013 and I had been in contact with a professional trainer who knew of a little yellow Lab that needed a home. Kae (pronounced Kay) was my Christmas gift that year. She was 16 months, well trained and ready to go to work. I was a bit worried that such a young dog might be too rambunctious, but she knew instantly what to do. My patients were really happy I got another dog. I really liked having two, and 18 months later, the same trainer who found Kae for me asked me if I would be interested in a little chocolate Lab. “She’s pocket sized,” she wrote. I drove out to get Story about two months ago. They instantly liked each other. The first day I had both at the office, a patient walked in and said, “He got second dog!” Abby and Grace were the first generation and I learned a great deal from them. Kae and Story are the next generation. I’m excited to see what will be revealed.