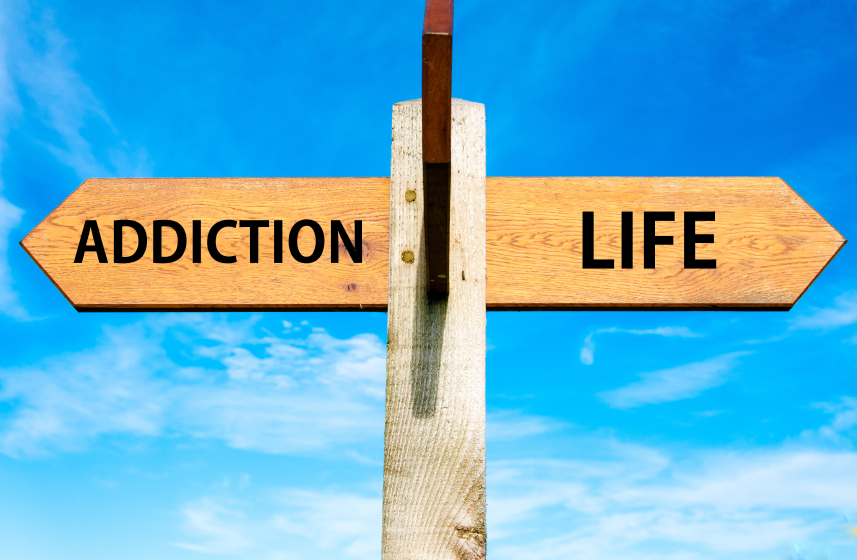 Addiction is a terrible disease. I’m reminded of this on a daily basis. I’m witness to the devastation it causes in patients and their families. What is addiction? What causes it? Is it a disease or a character flaw? I’ll attempt to make some sense of it.
Whatever addiction is, it’s been around for a long time. Accounts of the pathetic drunkard living homeless and destitute go back centuries. Addiction is a condition of suffering where the affected individual has lost control. In the case of alcoholism, the individual has lost control over alcohol. They can’t stop. In the language of Alcoholics Anonymous, the sufferer is “powerless over alcohol.” A member of AA might say, “One drink is too many and the whole bottle is not enough.” Once the drinking begins, an “obsession” develops. The second drink is no longer a choice, it’s a compulsion.
The condition seems to hijack neurobiological mechanisms that regulate motivation, decision making and judgment. Our brains are designed to reward behaviors that ensure survival. For example, eating is necessary for survival. Food tastes good, therefore we’re motivated to eat it. Sex is necessary for survival of the species. For most, sex is pleasurable, so there’s motivation to have sex and produce more offspring. Dopamine is a neurotransmitter that has several functions, but it’s primary function is to promote motivation. Here’s where things get interesting. When the brain releases dopamine, it creates motivation or desire. Dopamine is released when we eat or have sex, but most of the dopamine is released BEFORE we eat or have sex. Just the thought of eating or having sex causes an increase in dopamine. The anticipation of how good that apple pie is going to taste is the function of dopamine. It motivates us to eat.
For alcoholics and drug addicts, dopamine is released in anticipation of drinking or using. That doesn’t happen in people who don’t have the condition of addiction. A social drinker might enjoy a glass of wine, but there’s little or no dopamine release in anticipation of having that glass of wine. For the addict, dopamine is released in excess before the next drink, causing the individual to compulsively drink to intoxication, passing out or blacking out. Addicts who understand their condition will say the first drink is the only one they choose; the rest seem to go in automatically with little if any consideration for the consequences. Hence the condition of addiction has hijacked the regulation of motivation, decision making and judgment.
The cause of addiction is unknown, but studies have repeatedly shown that it runs in families. That suggests genetics are involved, but as of yet no one has found a specific gene or set of genes that causes the condition. In my opinion, the cause is likely multi-factorial with genetic and environmental factors working in concert to cause the condition. Is addiction an disease or a flaw in character? So far in this blog post I’ve referred to addiction as a condition. In my opinion, it’s a disease. A real disease with devastating effects. I view addiction as a disease just as I consider diabetes, arthritis and cancer to be diseases. Here’s what they all have in common: they all have a predictable set of symptoms, a predictable course, a pathophysiology, a genetic component and they all cause suffering and disability.
Once I had a conversation with a patient of mine who is a recovering alcoholic and drug addict. We were discussing whether or not addiction is a disease. She said, “Who cares? What difference does it make? My life was a shambles because of it. I could have died. I needed to do something different because my way wasn’t working anymore.”
She summed it up pretty well in my opinion.